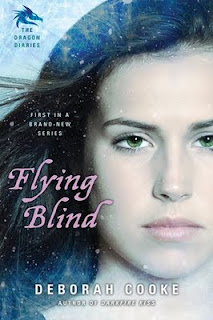 
Synopsis:
Zoë Sorensson is perfectly normal, except she's been told she's destined for great things. Zoë's the one female dragon shapeshifter of her kind. But Zoë is at the bottom of the class when it comes to being Pyr and her powers are AWOL, so she's sent to a Pyr boot camp.
Zoë quickly realizes that she has to master her powers yesterday, because the Pyr are in danger and boot camp is a trap. The Mages want to eliminate all shifters and the Pyr are next in line-unless Zoë and her friends can work together and save their own kind.


This book was so, so for me. It had a great lead and an awesome story, but it just seemed like something was missing.
I found myself wanting to be like Zoe. She was strong and although not perfect, she still was pretty amazing with trying to control her powers. The story about the Wyvern and the Pyr species was definitely an exciting one. It seems like dragons are becoming the new creatures everyone loves.
I think that Zoe’s main love interest was way too old for her. She says he looks about twenty or so and she’s only fifteen! It’s only five years, I know, but I don’t think fifteen year olds should be kissing twenty year olds. I’m fifteen myself and I think it’s a bit odd and gross. I mean, it’s okay if you’re 18+ (my parents are four years apart).
For me, Flying Blind went too fast. It was exhilarating to have so much intense action going on, but it came way too quickly and the conflict was resolved too early in the book.   Overall, Flying Blind was good, but it wasn’t as great as I expected it to be. 3 Stars!
Posted by Danna (Bananas For Books) at 6:38 AM