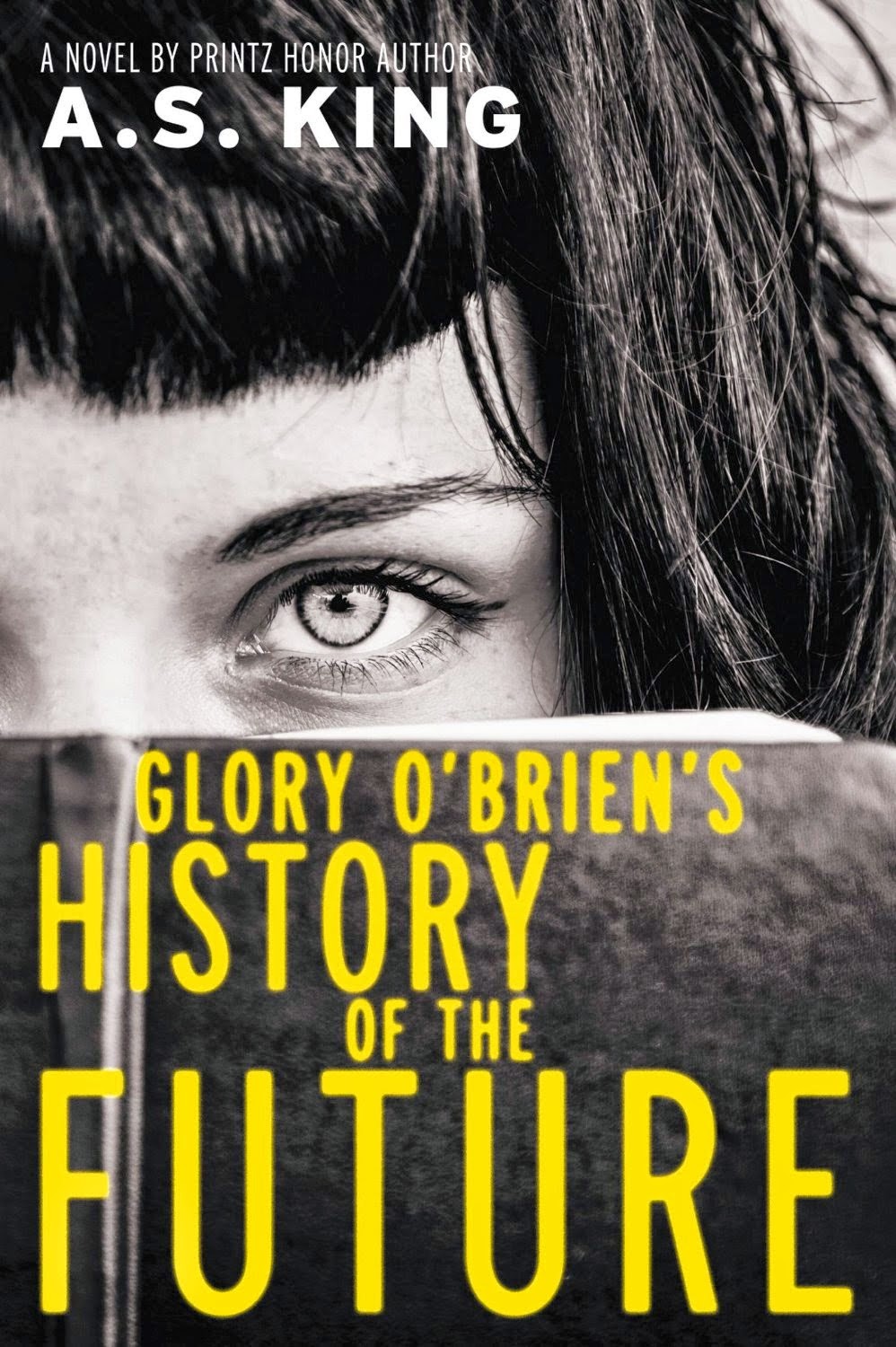 Glory O'Brien's History of the Future completely baffled me. I thought the book was going one way, and then it would take a turn in the opposite direction.

Graduating from high school is a time of limitless possibilities--but not for Glory, who has no plan for what's next. Her mother committed suicide when Glory was only four years old, and she's never stopped wondering if she will eventually go the same way...until a transformative night when she begins to experience an astonishing new power to see a person's infinite past and future. From ancient ancestors to many generations forward, Glory is bombarded with visions--and what she sees ahead of her is terrifying: A tyrannical new leader raises an army. Women's rights disappear. A violent second civil war breaks out. And young girls vanish daily, sold off or interned in camps. Glory makes it her mission to record everything she sees, hoping her notes will somehow make a difference. She may not see a future for herself, but she'll do anything to make sure this one doesn't come to pass.

Summary: Glory is brilliant, and I truly believe that everyone around her is too daft to see how special she truly is, even before she gets the visions. Her best friend is the classic -- I had no other choice and this one was just there -- friend. I don't think Glory could hold it together without her though. Everybody needs somebody. Once the visions start, you get enveloped into the possibility that at any moment, we may be inches away from war. Glory isn't going to give up without a fight, though. She discovers how to help the world, by helping herself along the way.

PRO: Excellently written. If it was legal to marry fictional characters, I would be married to Glory right now. A.S. King's brilliance shined through on every single page. I never knew what to expect. There was action, and drama, sadness, and romance. Everything led up to something, there were no loose ends.

Rate: I would shoot myself in the foot before I gave this book a bad rating. 5 out of 5 books (because books are better than stars). (Oh, and just kidding about the foot shooting part, I like being able to walk.)